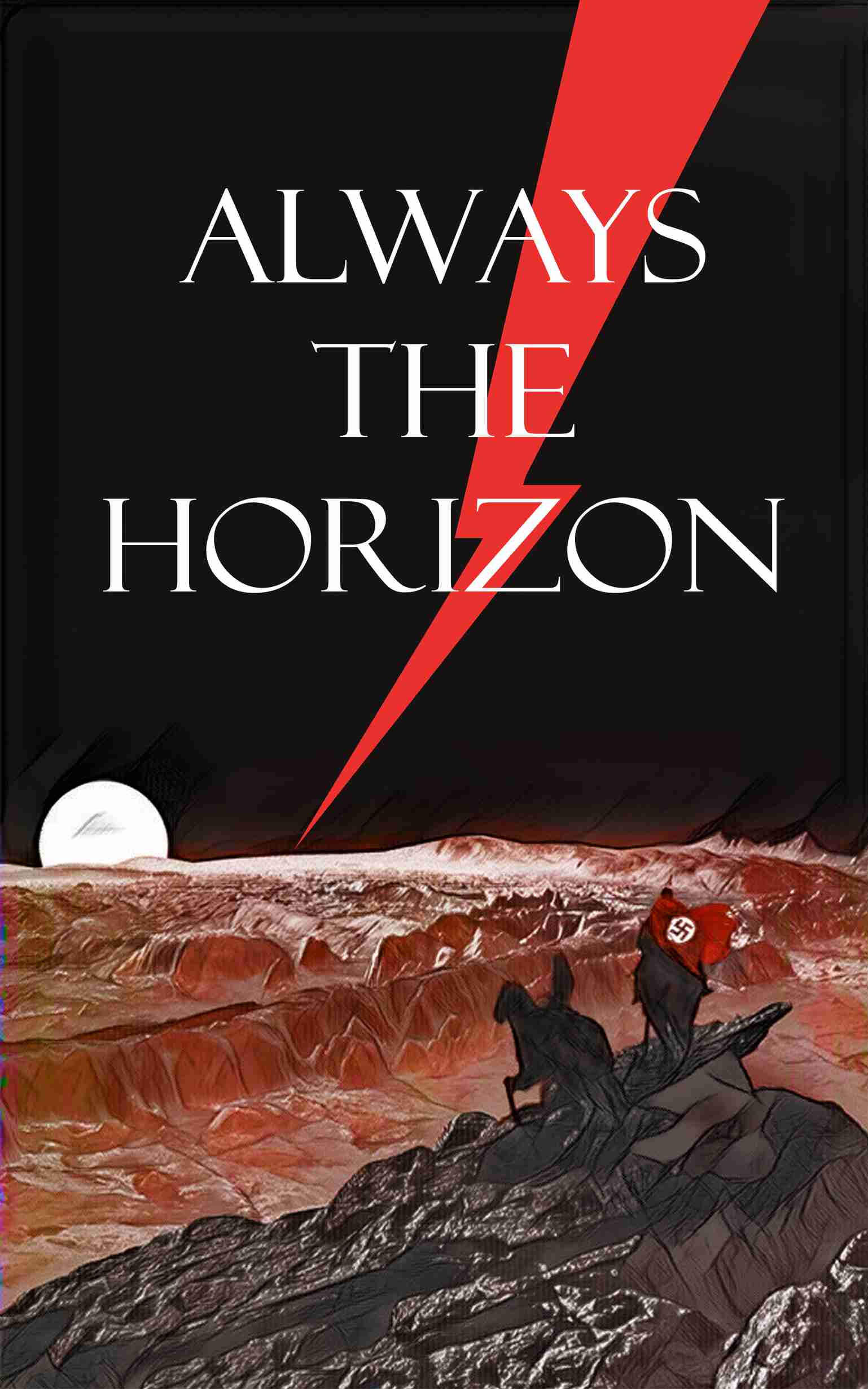 If you're curious as to what got changed in the 'fan version' from Murdoch's original, see the 'diffs' at the bottom of the page here (tl;dr it's the 'background' language, I've tried to preserve (what I think are even subtle) concepts and imagery. But see the diffs to check whether I'm telling the truth or not ;).)

A reformatted, and book-style 'pirate flag' version (local copy) with a different cover. There are no content changes(†) from Writer Anon's version immediately below beyond de-hyphenating a lot of words (eg 'world-view' -> 'worldview'), and changing the spelling to American in two places. (There are mistakes; 'pirate', if you read this, check 'panic.Women', "'The semitic gremlin ...", "goyim -- cattle'", and the missing period after 'atheist was made no more'.) -- Thread.

Audio + Video of Someone Reading:

All of them on archive.org.

Attempts at Getting it Published by a Publisher:

2022-03-13 After two rejections for the same reason (lack of formal licensing), I no longer hope to get AtH published by a publishing house. On to self-publishing. I'll try lulu.com, or maybe try to make a 'store', where it's an item that other people can buy with no work on their part. I'll sell it at cost, because I'm not going to profit from MM's work, but there's no reason someone else couldn't do that. (Also, an interesting outcome from this, Murdoch can still get it published by a publishing house if he chooses and if he can prove his authorship to them. I'm sure /ourguy/ publishers Antelope Hill and Imperium Press would take great care with personal information.)

Details of the 'no's:

Then, someone said that Antelope Hill was interested, so I wrote, but this was their 2022-02-20 reply:


"We have an interest in looking at publishing that work, but we have been unable to get in touch with the copyright holders, and as a result we are legally barred from publishing that work. Without a signed contract assigning us copyright, we have no plans to publish this work."

"Hello, we are all great fans of Murdoch. We may be interested in publishing this work, but it is not in the public domain. Unless the copyright is assigned to Imperium Press or the work is otherwise licensed to us, we are open to liability if we publish it. If the creator would like to contact us to look into doing that, we can be contacted at info abc @ def imperiumpress ghi org. Thanks for reaching out."

(I added the abc def ghi as email-harvesting resistance. Also, I had told them it was public domain based on Murdoch's statement (I believe I gave the link, it was a form) that anyone could do anything with it). So, Murdoch, if you want to print it officially, it's still possible - it's not public domain after all.

But as I say, I'm not going to try any more, especially as Castalia House looks to be very nearly mainstream (Jerry Pournelle? Hats off, Vox!). If Arktos responds and saves the day, great, but I'm not waiting. I suppose I should write again for due diligence's sake, but I don't expect any different reply.


Murdoch's Comments Regarding the Book:

Murdoch posted a few days later to clarify a couple of things: 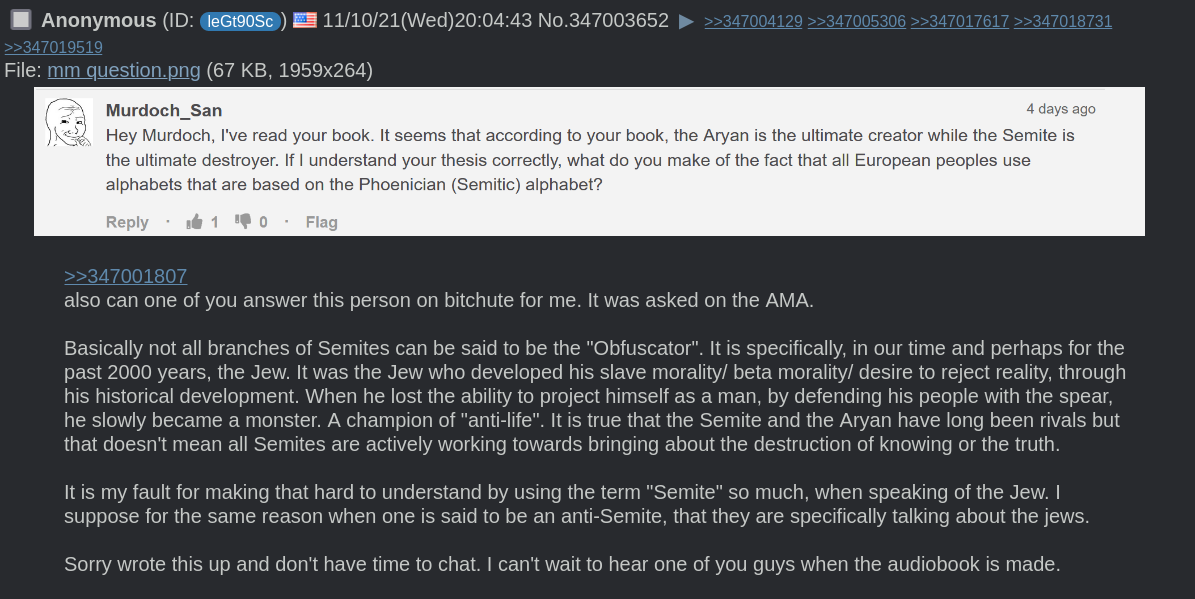 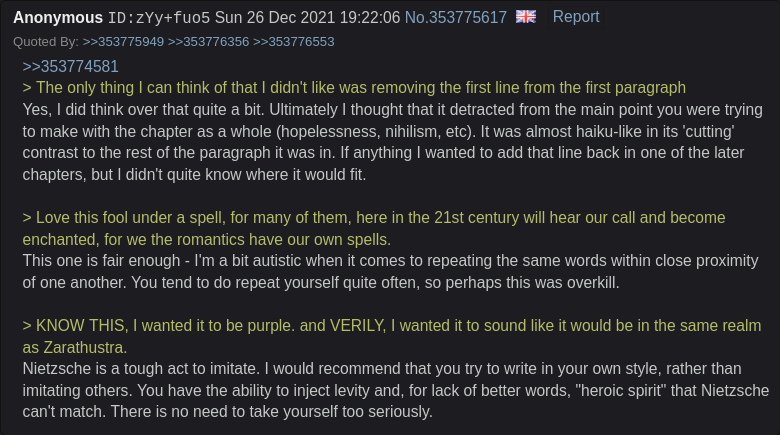 Call for Art for a Fan Edition: 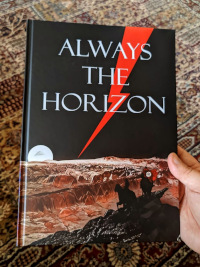 Given the failure to find a publisher, I'm putting together a 'fan edition' of 'Always the Horizon' on lulu.com (or elsewhere if that proves awkward). Murdoch says, above, that he'd like for there to be something heading the chapters, so, please, artists, art-appreciators + collectors, send in submissions of what you think would fit, with where you think they should go, and why, and send them to me:

. Or, if you'd rather, post them in a Murdoch Murdoch thread (or anywhere on /pol/! - help me find it by writing 'always the horizon' somewhere near it - this search:

http://archive.4plebs.org/pol/search/text/%22always%20the%20horizon%22 finds posts like that), and any handle you'd like to be credited by. I intend to use Brit Writer Anon's edit, touched up by myself.

These are Murdoch's own choices of images (chosen off-the-cuff is my impression), and are what I'll use if no-one comes up with any other ones (they don't have to be 'better' than master painter art - I'm pretty sure Murdoch would like to see art from fans in there. Anything reasonable! The images are going to be small, so don't stress about quality, but do please make a goodwill attempt). Nothing says there can be only /header/ images, if you can think of a good place for other images, maybe we'll include them. But as of now, the book will look like Murdoch's original.

I'll publish it at cost, I'll aim for $30 and tune the features accordingly (color, mostly. I've poked at lulu.com, but you have to upload the book before you play with features I'm guessing - that was what it had me doing. I suppose I could upload a dummy, just to see what the choices are), I currently think I may print two, on two different printers, of two different qualities + prices (they'd both contain the same stuff, just, fancier or less fancy). All art submissions and other 'makings' will be posted on a page here. You will be able to make your own art selections and your own variation of the book if you want, I'll share the process I went through on lulu.com (or wherever). If Murdoch wants to step in and take over, or contribute art now that he's had some more time, well, he must know that we'd love that. In the end I don't think there's much to discuss beyond how many, and which, pictures to use, but, feel free to write regardless. I'm not ego-bound to this, if someone has more energy or skill I'll happily throw my support behind them, as long as they share the result with the rest of us. I just want to make a nice hardcopy happen, and it would be nice if it were (failing intervention by Murdoch) a 'fan consensus built' version. -em14 (so far it's a consensus of one, but at least I count as a fan ;) .)

(The picture above is something a fan's wife had made for him for Christmas. If that fan or his wife would write in it might save time, but, failing that, I think it looks nice and that's what I'm going to shoot for.)

(†) Either find some online site to do it (eg search for: "online diff pdf"), or, with a Unix-like command line, do: pdftotext muh.pdf > muh.txt for both, then, with an editor, search-and-replace every space in the .txt files with a carriage return. Then use your favorite diff program (I like 'meld').
(*) On Ubuntu 20.04 needs packages 'pandoc' and 'texlive-full', but when I generate it doesn't come out exactly the same as writer-anon's, though the result may differ only in how it's implemented, not in anything visible.)